What are the Real Health Benefits of Sushi?

Well, stick around for a bit and we'll discover the answer together!

Let's dig down into some of the most common ingredients used in making Sushi and find out what the true health benefits of sushi are, if there actually are any.

Most Common Ingredients used in Sushi 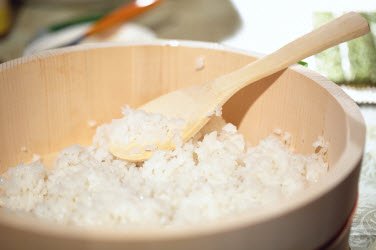 Obviously, a major player here in sushi. Except for Sashimi (which is meat only, no sushi rice) the presence of sushi rice is the actual definition of sushi.

More than half of the world's population lives on rice. It is a good source of protein and carbohydrates and digests slowly; thus releasing its energy gradually. It is also gluten free making it an excellent choice for those with wheat allergies.

Truly a team player in providing some of the health benefits of sushi.

If you want to learn more visit our sushi rice page. 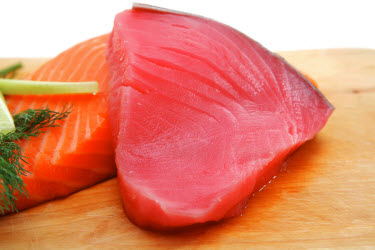 Just a small portion of fish supplies up to one half of the protein we require daily. It is also low in calories.

Oily fish such as Tuna and Salmon are rich in Omega-3 fatty acids which can be effective in preventing heart disease, stroke and arthritis.

Most fish and seafood are also high in vitamin B12 which is essential for building and maintaining cells, and iodine which is needed for good thyroid function.

Without a doubt, fish and seafood have to be one of the strongest ingredients contributing to the reputation of the possible health benefits of sushi. 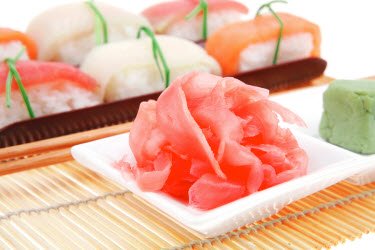 Ginger is usually eaten after swallowing a piece of sushi in order to cleanse the pallet. Ginger aids in digestion, has antibacterial properties and also helps the body fight cold and flu.

Can anybody say "Super Root"? Because if there ever was one ginger would surely be it.

We have a sushi ginger page that digs deeper into this amazing root if you want to know more. 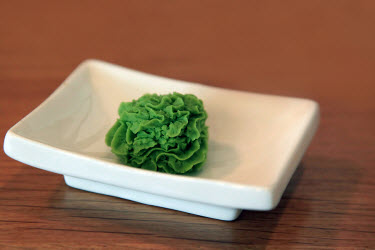 Another contributor in helping to prove the health benefits of sushi is wasabi.

Wasabi is known to have antibacterial properties and is also rich in Vitamin C, B6, protein, fibre and the minerals calcium, potassium, manganese and magnesium.

It also stimulates the production of saliva and aids in digestion.

Wasabi also contains compounds called glucosinolates which is converted by enzymes into ITC's (isothiocyanates) if water is present when it is torn apart by chewing or being ground up.

There is current research that is starting to show that wasabi may be useful in controlling seasonal allergies and asthma and also may inhibit platelet aggregation (blood clotting) which could have applications in the treatment of heart attacks due to the ITC's.

There is also a growing base of evidence that ITC's may work against cancer cells. 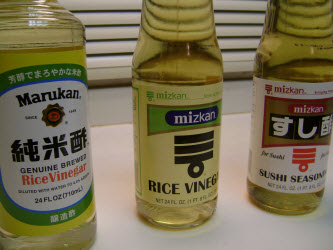 Vinegar in this case refers to Rice Vinegar which is used to make Sushi Rice. Vinegar has antibacterial properties and has been long used to preserve food. It too aids in digestion while also lowering the risk of high blood pressure. In some cultures it is used as a tonic and its diluted form works as an effective skin conditioner.

Check out our Rice Vinegar page for more info. 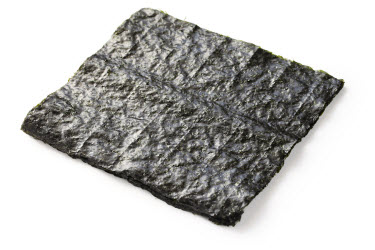 Nori seaweed is rich in vitamins and minerals. Especially iodine - but also A, B1, B2, B6, niacin, and C. It also helps to curb the formation of cholestrol deposits in the blood vessels. Generally, the darker the Nori, the better the quality.

We have a lot more information to absorb on our page dedicated to Nori. You can also visit our Kombu page too (since they are both seaweeds) because, quite frankly, you could just be on a seaweed roll. 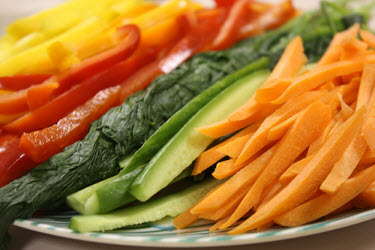 All kinds of vegetables are used in making sushi. Vegetables are high in vitamins, minerals and fiber. In populations where a good quantity of fruits and vegetables are consumed, there are lower incidents of cancer. Plants also contain phytochemicals which help protect the body from disease. 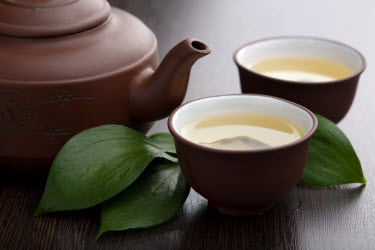 Ok, you caught me. Although not officially an ingredient use in sushi itself it is almost always a partner that is at least served with it.

And if you don't drink green tea at this time, check out these benefits of green tea and I'm sure you'll seriously consider adding it to your daily beverage intake.

The proof is that overwhelming.

And there you have it. A few of the most common ingredients used in making Sushi that all contribute in showing the undisputed evidence of the health benefits of sushi.

All of them rock stars of a healthy and balanced diet.

Back to the top of Health Benefits of Sushi